Do You Stand To Wipe?


Do you stand to wipe?

I blinked a little. Out of the blue, my charismatic 25 year old son was asking my friend this question, with all the charm that he could muster. The friend blushed. Of course not, she said, and my son carefully explained that he had asked hundreds of people this question, and the results were unexpected – almost half the group sat, the other half stood. And a few lonely souls put their foot on the toilet seat, meeting the others half way.

We’re not comfortable with sharing our personal habits, and it’s only people like my lad who can (almost) get away with asking questions like this. Curious about how this subject arose, I asked why he’d thought of conducting this slightly odd research – he’d told his friends he had fallen over in the toilet whilst drunk, in the act of wiping. But why were you standing? one friend asked. And thus the Great Standing or Sitting Debate was born.

It’s an amusing topic. Last night, I sat with some friends around a table and told them this story, to their great delight. The three wheelchair users, unsurprisingly, were sitters – only one young man confessed to his standing status. The conversation that ensued was hilarious – we talked about starting a support group for Standers, designed a logo and laughed about terms like ‘bowel divergent’.

And then something happened.

A young waitress came over to clean away our plates, and I asked her if she’d mind answering a personal question. Do you sit or stand to wipe? I asked. She blushed, stammered, and eventually said that this was far too personal, she did not want to disclose that information and actually, it was rude to ask someone very private information. She had her head down as she walked away.

It was an interesting social experiment, because this what happens to disabled people every single day.

One day, I delivered a workshop to a group of service providers. One man asked my friend, without me present, if I could ‘do a standing transfer’. I remarked that it was unusual to ask how the presenter went to the toilet.

One weekend, I went on a respite weekend with a group of carers. Within the first three hours, I had been asked how I had sex, why I used a wheelchair and what my life expectancy was. I had met only one of the women before.

One night, after telling another woman that I was married with children, I was asked if I had given birth vaginally, if ‘the father is still with me’ and if I’d ‘stopped having sex after becoming disabled’.

I wonder if the commodification of our stories – the type the able bodied population expects, the narrative about overcoming great odds, the stories of tragedy and inspiration, the story of the power of the human spirit to overcome – has led to the perception that we must be willing to reveal every single personal detail to casual passers-by. That our stories automatically belong to the able-bodied stranger. I wonder whether our willingness to share our experiences to educate and spread awareness have backfired on us, making us public property. And I wonder what kind of stories we should be sharing – or if we should be sharing our stories at all – to change that circumstance.

That young woman’s blush said it all. It was an inappropriate question to ask, because she was a stranger. Nobody has the right to ask you those questions, and nobody should be compelled to answer. Whether you’re able bodied, or disabled.

The irony is this. I have been asked how I have sex, when I will die, how I gave birth. But as a wheelchair user, nobody has ever asked me whether I sit or stand to wipe. 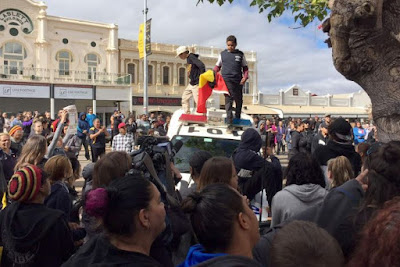