George Orwell once famously said, ‘Autobiography is only to be trusted when it reveals something disgraceful.’ It’s why I read ‘Diving into Glass’, by Caro Llewellyn.  Who wouldn’t want to read a book which described how the daughter of one of Australia’s most revered founders of the disability rights movement planned to set her crippled father on fire? I wasn’t disappointed. But not for the reasons you’d expect. It took Caro Llewellyn fifteen years to muster the courage to write this book – I read it in one sitting, gulping it down like a lavish Christmas dinner. And if some parts of this tale are exceptionally raw in its often brutal candour, the writing is all the more hard hitting for it. There is power in truth telling, no matter whose truth it is. Caro wrote this book from the perspective of a disabled woman – like me, she has a degenerative disability.  She’s also written it from the perspective of a daughter of a man with polio and high support needs, fifty years ago.
7 comments
Read more

Say No to Forced NDIS Assessments

September 09, 2020
A press release by Craig Wallace.  MEDIA RELEASE: SNAP ACTION: SAY NO TO FORCED NDIS ASSESSMENTS  National Disability Insurance Scheme participants around Australia are taking part in a snap action from 12 noon tomorrow Friday 11 September 2020 calling on the Federal Government to scrap a controversial plan to force participants in the NDIS to undergo forced independent assessments. The action includes a physically distanced vigil at the Canberra office while participants conduct mock assessments online. Over 500 people are supporting various COVIDsafe actions. Craig Wallace an NDIS participant and spokesperson for the snap action said: “Two weeks ago Government announced these mandatory assessments. While Government hasn’t come clean on all the details, public material from the NDIS talks about point in time independent assessments measuring ‘capabilities not disabilities’. We do know they are using functional capacity tools and will be based on an observation of a pe
9 comments
Read more

On Suicide and Stock Images 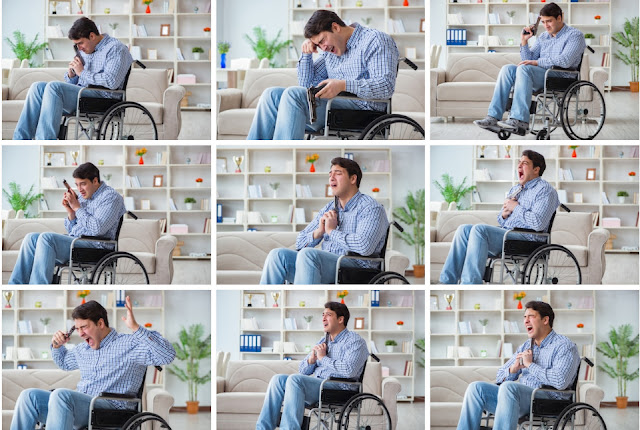 CW: This article contains stock images that depict disabled people in suicidal poses. Stock images of disabled people have always been a bit of a joke. There are the inspiration porn shots; disabled women, arms far-flung in an attitude of ecstasy, wheelchair implausibly positioned on a beach or in a boggy field. The portraits of tragedy; gloomy, silhouetted images of wheelchairs in dark corners or sad seniors with their faces buried in their hands. It's all a bit of a giggle really - especially when you take into consideration that most of the 'disabled' people posing aren't really disabled at all.  Hit the button that says 'images with same model' and you'll see what I mean.  Suddenly the model is running through the same field with a kite.  It's crip blackface - annoying, but slightly amusing. Disabled people have laughed about this for a long time, in a resigned kind of way.  I'm not laughing any more. Today I wrote a Twitter thread wit
5 comments
Read more

On Grief and Dementia

May 26, 2018
This is incredibly upsetting. It is a video made by a man whose mother is a disabled woman. She has dementia. She has forgotten who she is and is happily eating an icecream. Her son begins questioning her about his identity and as he does so, the happiness slides from her face. She's increasingly anxious and his questioning turns to badgering. Cut to the son sobbing in the car. 'I feel like she has died,' he says. Yes, you do. And that is something that you will and must come to terms with because this is not about you. I had to learn that and confront my own ableism about the changes that happened to my mother after she'd had a stroke - I was impatient, resented her dullness and difficulty with doing things, hated that she could not remember things that she had remembered before. People will tell you that this is about 'grieving'. Sure you are 'grieving', in a way. You're (often) grieving the loss of something that has been
5 comments
Read more

The doublethink of the disability sector just astounds me.  In case you don't know about that book...there is a book by George Orwell called 'Nineteen Eighty Four' .  Lots of people will have read it. It's a book that was written almost 70 years ago.  The book was about this society which was run by 'the Party' - this grey, awful, brainwashed society where everything you did was watched by the government (the Party), where everything was strictly rationed, where your thoughts were controlled by propaganda, where independent thought and action or a perceived lack of loyalty was swiftly and brutally punished.  And then there was double-think.  Doublethink was a word that Orwell invented. The characters in the book had to learn doublethink to be regarded as a 'good Party member' - if you ever deviated from what the government was saying, it was akin to blasphemy. People who disagreed with the 'party line' were shunned.
4 comments
Read more

Five Go To A Disability Conference 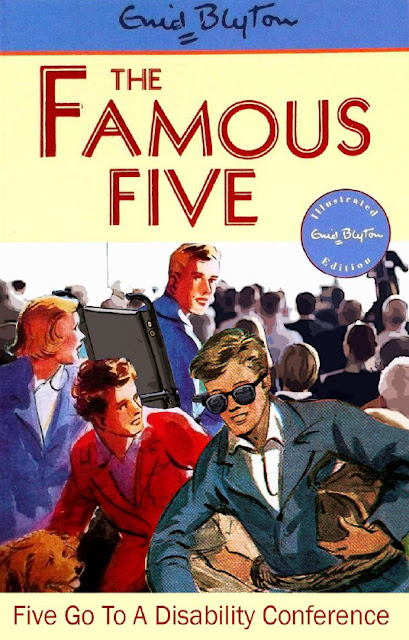 Ever been to a disability conference? Most disabled people and family members have.  They're generally overpriced, are run and organised by non disabled people and are directed at service providers for the commodification of disabled people. I love the Famous Five and also the idea that they could be inappropriate, swearing, disabled people - attending the most annoying disability conference ever, with token crips and all the kinds of non disabled disability sector workers that we encounter every day. Here's the link for your free book - Five Go To A Disability Conference .  Contains a shit load of swearing.  Enjoy. Image description - an image which depicts a standard 'Famous Five' book cover.  The lettering reads 'the famous five' and 'five go to a disability conference'.  It is illustrated by Enid Blyton.  A boy is in the front in a crowd of people, wearing dark glasses.  A girl with short hair and a dog is beside him and there is also a girl a
8 comments
Read more 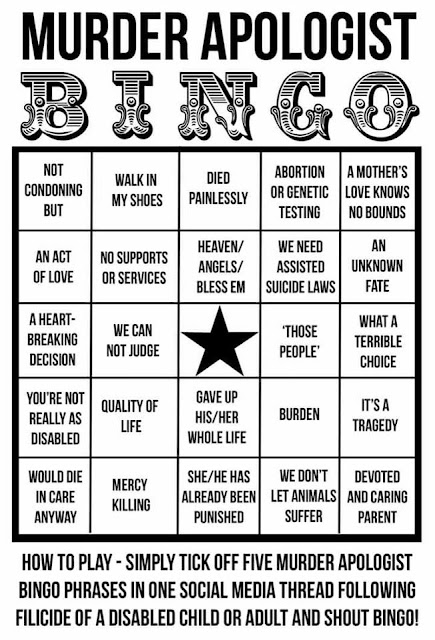 Murder apologist bingo - for the version with comments, go to https://www.dropbox.com/s/mx6f1m6uslia8l0/final%20image%20murder%20apologist%20bingo.jpg?dl=0 She could be any woman, that woman.   Middle aged, with an unremarkable face.    Like me, she’s the parent of several disabled children.  She doesn’t look like the type of women who would murder her children.  The newspapers clearly thought the same.   She’s an ordinary mother accused of an extraordinary crime.    ‘Australian mum is arrested over the death of her two children’, one article reads.    ‘Mum accused of killing children with poison’, says another. Queensland mother Maree Mavis Crabtree has been accused of poisoning her two disabled children, Erin and Jonathon, aged 18 and 26.   They are described as severely disabled.   An arrest has been made.  There is no further information available. The comments on social media flow thick and fast.  ‘I don’t think anyone can m
1 comment
Read more
More posts